Reuters reported this week that Paris wheat futures rose on Friday to their highest in almost two weeks, tracking a rally in U.S. wheat, but doubts over export demand for EU wheat helped keep a lid on prices. 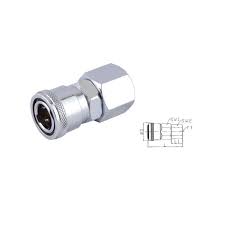 Dealers said an expected pick-up in EU exports had yet to materialize, partly due to larger-than-expected Russian supplies.

“The main hope remains that Russian and other Black Sea region supplies will start selling out after months of enormous exports, and that demand will be transferred to west Europe,” one trader said.

“But there is no real sign of this and Russian wheat continues to dominate export markets, as seen in the Egyptian tender on Thursday,” the trader added. Egypt’s state grain buyer bought 350,000 tonnes of wheat – 290,000 tonnes from Russia and 60,000 tonnes from Ukraine.

French wheat exports in October were little changed from September and continued to be dominated by shipments to Algeria, monthly customs data showed.

German exports remained sluggish, with more imports of feed grains into the country from the Black Sea region helping to meet feed demand.

“A ship with about 65,000 tonnes of wheat sailed from Germany this week for Saudi Arabia, but this is not enough to excite the market,” one trader said.

“German feed wheat imports continue and another ship with about 27,000 tonnes of feed wheat from Bulgaria is due to arrive in Germany in coming days.”

Weekly French crop data, usually published on Friday morning by farming agency FranceAgriMer, was delayed due to a technical issue.

In Germany cash premiums in Hamburg were little changed. Standard bread wheat with 12 percent protein for December delivery in Hamburg was offered unchanged at 1.0 euro over Paris December.

Feed wheat prices remained firm despite feed grain imports in Germany. Feed wheat in the South Oldenburg market for December delivery was offered above milling wheat at around 215 euros a tonne, with buyers seeking 214 euros.

“Farmers are having to buy feed supplies after the drought this summer caused so much damage to their own hay and straw harvests,” the trader added. “Imports of feed wheat from Bulgaria and corn (maize) from Ukraine are helping to supply the market.”

Two more ships with Ukrainian corn are set to arrive in Germany in coming days with about 49,000 and 30,000 tonnes, he said, in addition to two ships with 50,000 and 40,000 tonnes arriving in Germany from Ukraine in early December.