Hello and welcome to the third installment of this weeks feature on VIV China 2012, today we will be looking at the International China Summit.

The first edition of the International China Summit preceding VIV China 2012, was visited by 266 delegates which paid tribute to the tremendous effort made by everybody involved.

One visitor representing the Product Board Animal Feed said, “The VIV-summit was a very successful exposure for our project regarding the comparison of the feed import legislation of China and the EU.”

Tjeerd den Hollander continued,  “As a result of the summit we received lots of positive comments and reflection on our project, which gave us useful information for the finalization of the project.” 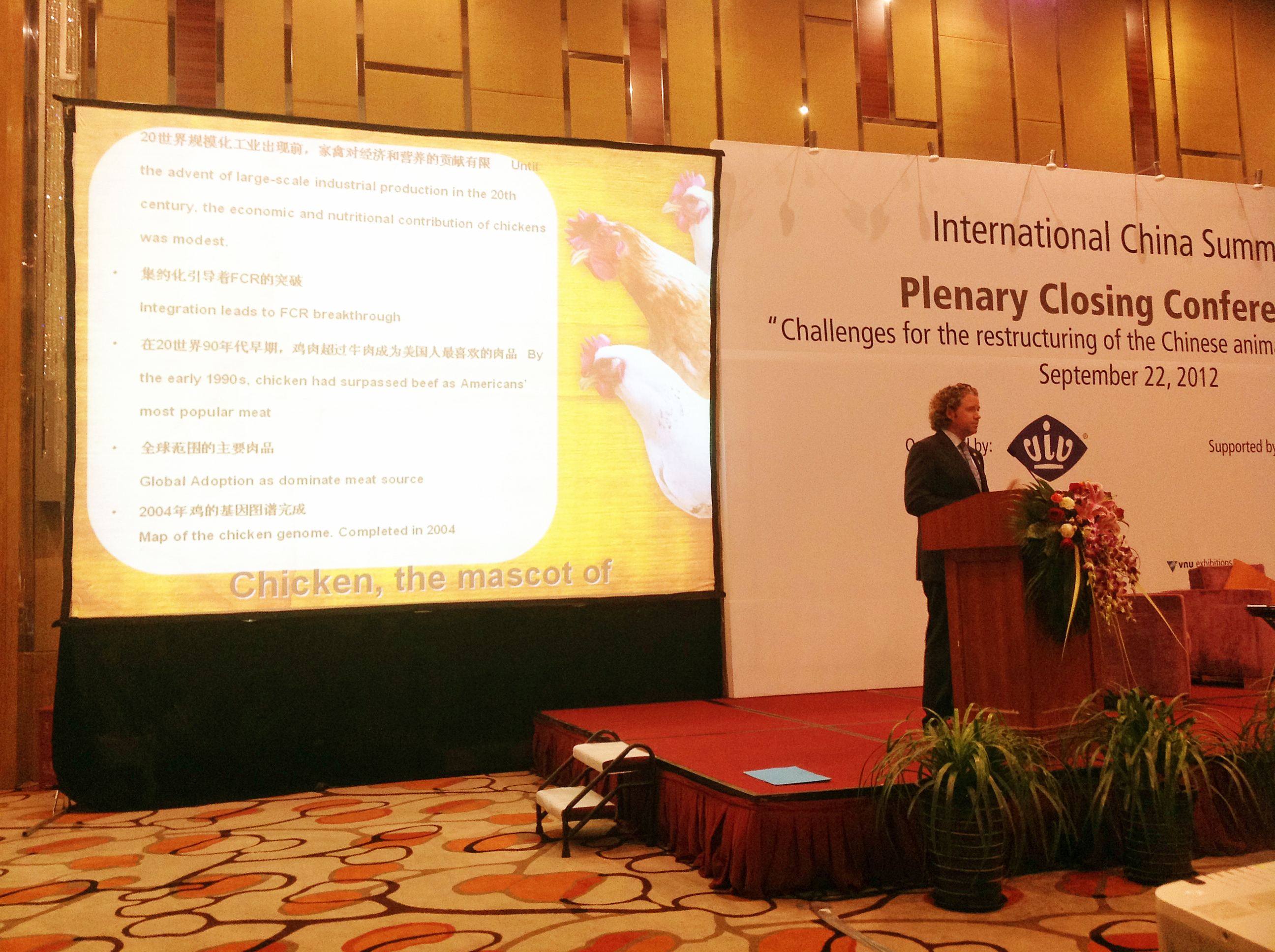 The strong attendance for the International China Summit proved once again that Chinese professionals in animal protein production are very committed to be updated on trends and developments in their industry, one that should not be ignored by an ever expanding marketplace due to an increase in world population and communication connectivity.

We caught up with Marleen Boerjan of Pasreform who was also positive after her presentation when she said, “We are very grateful to VIV for their support and hospitality in hosting this event and to the hatchery professionals who attended. All their questions and involvement made it such an interesting and successful occasion. We look forward to the next seminar”.

A running theme throughout the summit was that of celebration towards the value added at VIV China 2012, too many times event organizers are guilty of missing the little touches that make a big difference. Mari van Gruijthuijsen, general manager at Jan Poultry Equipment echoed this sentiment saying, “The VIV organizers understand very well how important it is to add value to exhibitions by organizing surrounding events, like this Summit. This is very attractive for the national and international visitors, and there for also for the exhibitors. “

Tomorrow we take a look at the Poultry and Pig elements covered at the event including handling safety.