Alapala and Satake partnership initiated the production of the milling legend Henry Simon. The pre-launch meeting was held between April 23 and 25, 2017 in Alapala’s headquarter in Çorum, Turkey. The new Henry Simon milling machines will be introduced at the 121st Annual IAOM Conference & Expo which will be held between April 10 and 14, 2017. This take off will be a prologue to the new era of global milling sector.

Japan’s first power driven rice milling machine inventor Satake and 60 yearlong global grain milling technology provider Alapala had signed a strategic partnership agreement in 2015. Both companies had combined their production, R&D, sales, marketing and aftersales forces in the scope of this agreement. As a second and a further step of the agreement, Satake and Alapala regenerate the oldest and the best known, legendary brand of milling technologies.

Henry Simon milling company was founded originally in England by the German engineer Henry Gustav Simon in 1878. More than 400 Henry Simon branded mills was established all over the world, with innovations such as the first double roller mill and the first PLC automation system.

One of these 400 Henry Simon branded mills was “Hatap Un” which was established in Çorum in 1961. Also Mehmet Alapala, the founder of Alapala, entered to the sector by producing wooden sifter for “Hatap Un” mills. Following years, joining with Robinson Milling Company, Henry Simon brand was sold to Satake in 1991.

With the force of Henry Simon brand and Satake partnership, Alapala will move up its worldwide power by reaching new more 55 countries in addition to its existing experience of more than 600 turnkey projects in 100 countries. 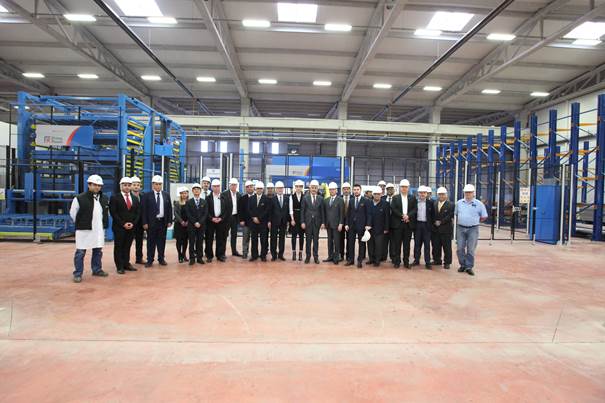