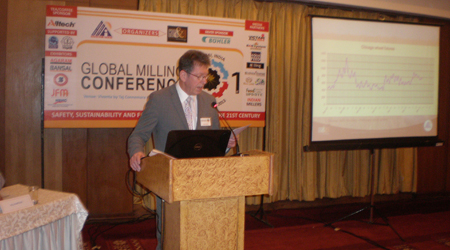 In April 2014 The International Milling Directory‘s Roger Gilbert is set for the next Global Milling Conference in Bangalore, India.

This conference is going from strength to strength, and in its second year it will partner with VIV India to offer delegates a fantastic industry exhibition accessible straight after the conference has ended.

Bangalore is of India’s biggest cities in the south of India, and is in fact the third largest by population size in India and is known for the IT and technology sector. It is again the host city for this conference.

India is the right place for the grain industry to converge at: rising wheat and rice production is meaning that India is going towards being an exporting powerhouse. The issues that are arising from such change will be addressed. Below is some details about it and a Provisional Programme. The details and speaker lists are being arrange right now but with less than six months to go, are you going to miss out?