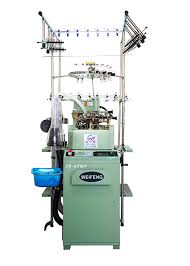 The heatwave in 2018 had a devastating effect on crops across Europe.

The searing weather forced countries that usually export food to import it for the first time in decades.

The Guardian reports that according to the United Nations’ Food and Agriculture Organisation (FAO), wheat output in the European Union is expected to be millions of tonnes down on last year, with much greater losses in southern Europe than in the north.

In Ukraine, once known as the breadbasket of the former Soviet Union, the wheat crop fell to 5m tonnes this year, a 75% decrease on normal years.

A study carried out by the Met Office, released yesterday, suggests climate change has boosted the chances of having heatwaves in the UK.

The record-breaking heat seen in 2018 was made about 30 times more likely because of emissions from human activity.

Greenhouse gas levels are at a new record high and American President Donald Trump has taken a hard line on climate change, pulling the US out of the Paris Agreement.

He said: “The Paris accord will undermine economy,” and “puts at a permanent disadvantage.”

Due to the status of the United States and China as the greatest emitters of carbon dioxide, Obama’s support and his cooperation with China  were seen as major factors leading to the convention’s early success.

She said: “The realisation of the effect human beings are having on the world makes some people emotional: we’ve had CEOs break down and become teary-eyed.

“Everyone is torn between seeing the beauty of the landscape and wanting to save it and recognising the huge scale of the challenges the world faces and the simple fact that the easy way out is to do nothing and enjoy what we have.”

While wheat farmers may cherish the land they farm and we all do too, unless something is done about climate change we may not be able to enjoy it much longer.