Adifo has received the Dynamics First Mover 2015 award from Microsoft Belgium. This much coveted award was presented to our delegation at Microsoft’s worldwide partner conference in Orlando. 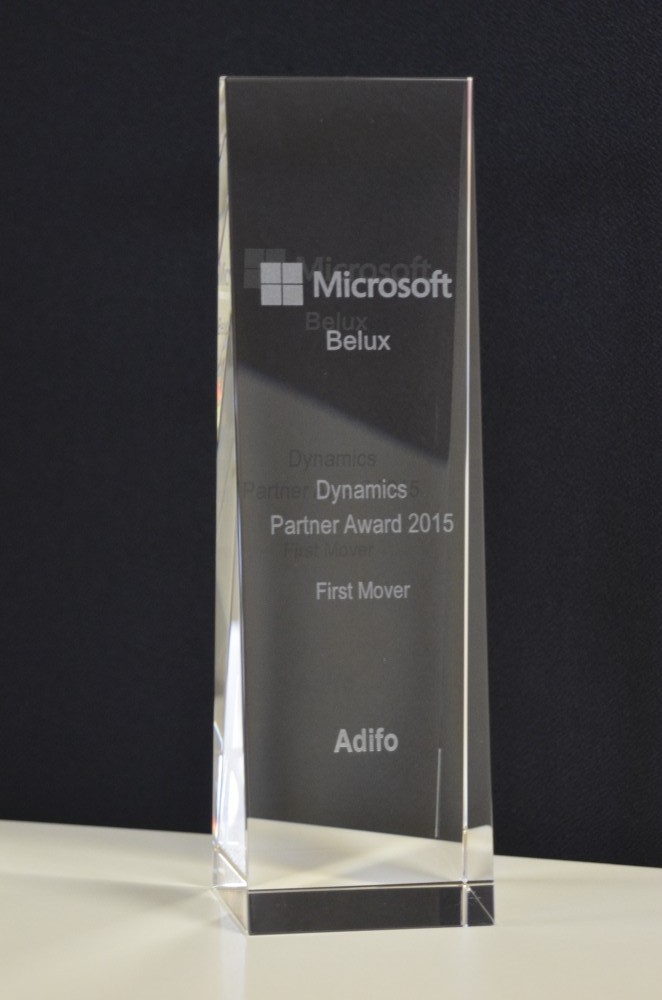 The 2015 Microsoft Worldwide Partner Conference (WPC)  is Microsoft’s largest event for partners. No other conference brings together so many of the leaders and visionaries in the Microsoft partner ecosystem. With hundreds of sessions—keynotes, breakouts and interactive presentations it is the ideal opportunity to expand Microsoft’s vision and network to provide customers with better solutions.

The award, presented to Adifo during this conference, is a recognition for Adifo’s commitment to the Dynamics AX product, international expansion and continued commitment to the cloud. It is a reward for Adifo’s vision and hard work and an important step towards winning the Microsoft Country Partner of the year award.

Mr Essa al Ghurair from al Ghurair Resources, Local Host and Farewell Cocktail Dinner Sponsor of the 26th Annual IAOM MEA Conference & Expo has written a letter to the milling industries with key news and details about the events later this year in Dubai:–

Dear Colleagues,
I would like to personally invite you to the 26th Annual IAOM MEA District Conference & Expo happening on 31st October to 3rd November 2015 at the Dubai World Trade Centre (DWTC), UAE.
This year, we’ll transform DWTC Sheikh Maktoum Hall‘s 3,800 sqm floor area into a ConFex venue combining conference, expo, lunch and coffee break areas. This will certainly increase interaction among delegates, exhibitors, and visitors.I’m also delighted to inform you that the Expois sold out with almost 130 stands booked by over 100 companies including machinery manufacturers, food processing, and packing companies.

Reputable industry speakers, market leaders, and distinguished professors from North Carolina State University, and North Dakota State University will deliver high-calibre presentations, and engage with you during the panel Q&A sessions.Marketing keynote speaker will be Mr. Keith Chambers, Marketing Expert to the Fortune 500. Mr Chambers has lead marketing strategy and executional tactics for more than 160 goods and service providers, including some of America’s biggest household names like Arm & Hammer, Hormel, Coppertone, Claritin, 3M, McCormick, Clorox, General Mills, Dole, Frito Lay, and many, many more.  In his keynote, he will share this extraordinary process as well as many of the new marketing insights he has produced.

We are also pleased to announce the participation of Ms. Dorie Clark, an adjunct professor of business administration at Duke University’s Fuqua School of Business, and guest lecturer at Harvard Business School, and the Harvard Kennedy School. A frequent contributor to the Harvard Business Review, TIME, Entrepreneur, and the World Economic Forum blog, Ms. Clark will demonstrate how leaders cultivate a powerful professional reputation.

Dr. William Wilson, a University Distinguished Professor at North Dakota State University, will moderate the trading session and deliver the keynote presentation, “Managing Strategies and Price Risks for Flour Milling Firms.” He was recognized as one of the top 10 Agricultural Economists in 1995 and more recently as one of the top 1% of agricultural economists by RePEc (Research Papers in Economics).

IAOM MEA will also be launching the Arabic edition of the Future of Flour book. The first 2,000 copies of the Arabic book are going to be sold during the conference.

I look forward to see you in Dubai!

See the new e-book directory below. Thanks to all member companies, advertisers, organisations, writers, interviewees and all who contributed.

Flour is definitely in the DNA of the Mosse family. They have been milling on the banks of the River Nore in Bennetsbridge, Co. Kilkenny for seven generations and managing director Robert Mosse believes the business can survive for as long more if it continues to adapt to change.

The family business started as WH Mosse, but today it’s known as Kells Wholemeal. It is the only stoneground mill using traditional methods to produce on a commercial scale for the bakery and retail trade.

It employs 27 people to make its stoneground wholemeal flours and mixes which are sold here and in Britain and France.

The milling industry has gone through many changes, but Robert’s grandfather Patrick met the challenge of flour quotas head-on in the 1960s. While the quotas restricted the production of flour, they didn’t affect the production of bread mixes so this is what he started to do. The family soon became famous for Mosse’s brown bread mix.

International Milling Directory member BinMaster is launching a new product for the grain and feed storage sectors. The new Flow Detect 2000 from BinMaster is a single-piece, non- intrusive solution for reliably detecting flow and no flow conditions. The Doppler sensor, power & output connections, and user adjustable controls are packed into in a NEMA 4x enclosure. This new low-cost, microwave-based sensor can be used in gravity chutes, feeders, pipelines, or bucket elevators. It prevents downtime and equipment failure caused by blockages, conveyors running empty, no material flowing to-and-from a process, or loose slide gates.

In silo discharge of grains or feed, it detects no-flow conditions due to bridging or rat holing. Monitoring the correct functioning of gates and valves to reduce material loss or accidental use of incorrect material.

Installation is simple, via a 1-/14? NPT opening. It provides a single analog relay output to alert to flow or no flow status on your PLC.

It detects solids, granules, pellets, meals and powders and is suitable for feed, grain, milling, or ethanol operations. It can prevent cross contamination of ingredients by ensuring flow has stopped before a new material is introduced into the flow stream.

If you’re interested, please contact Todd Peterson, Vice President of Sales at BinMaster, if you have an application that you would like to discuss for the new flow/no flow sensor.

The RVA (Rapid Visco Analyser) Method for Determining the Gelatinization Temperature for Milled Rice Flour has been approved by AACCI (American Association of Cereal Chemists) as Method number 61-04.01. 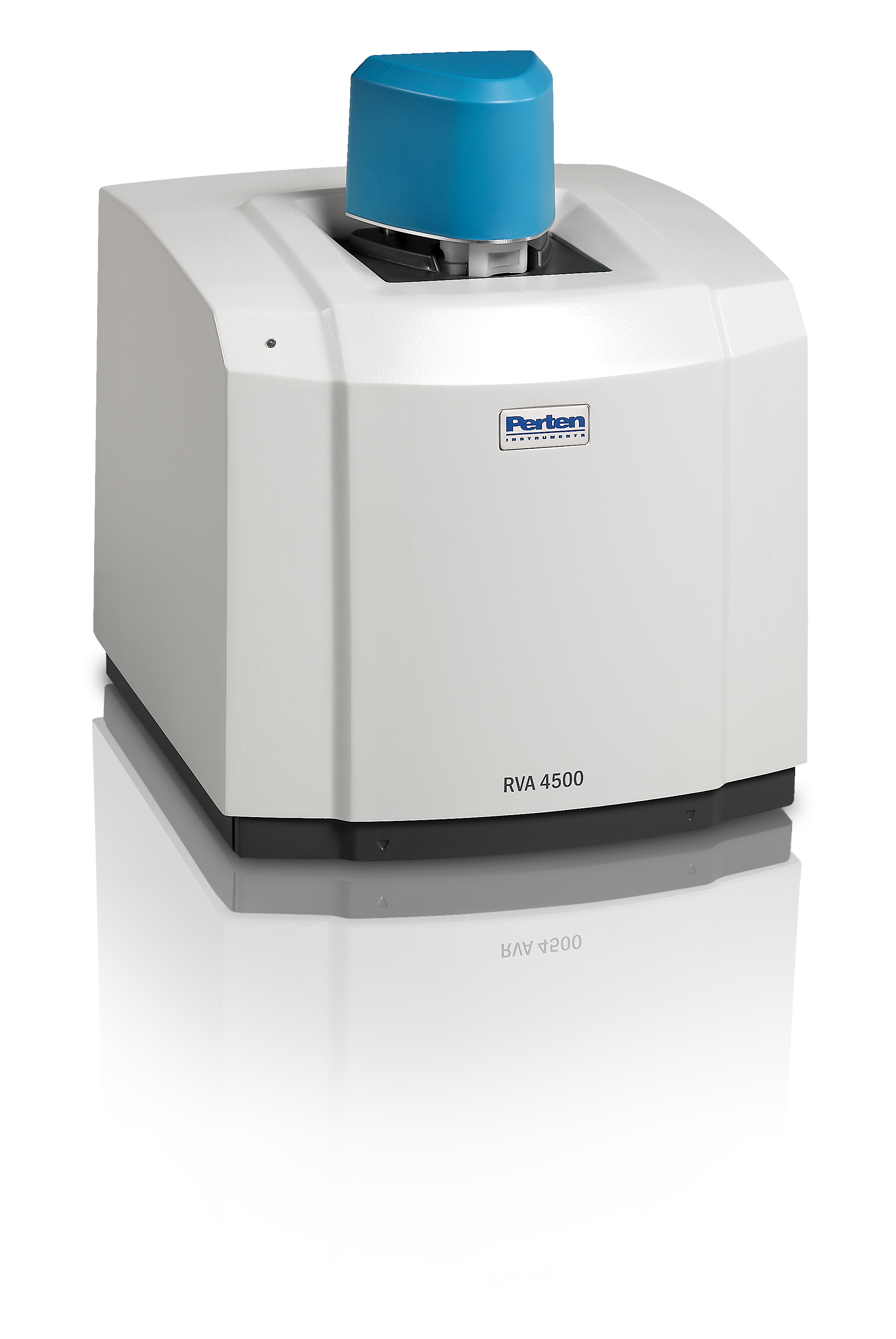 Gelatinization temperature (GT) is commonly measured to assess rice cooking and processing potential. A faster method using a small quantity of sample has been desired for some time as traditional methods of estimating rice GT using the amylograph and differential scanning calorimetry (DSC) are time-consuming and, in the case of the amylograph, require large quantities of samples – not well suited to rice breeding requirements. The Rapid Visco Analyser (RVA) is a cooking, stirring viscometer with ramped temperature and variable shear capability. It is commonly used in laboratories to measure the pasting properties of rice and provides the advantages of speed, ease of use, and small sample size requirements. In parallel testing with the traditional methods, the new RVA method also provided more precise results.

Further reading:
Read more about the  New RVA Method in the Perten Science World issue No 9.
General information about The Rapid Visco Analyser (RVA) can be found here.

With a strong sales and technical team on hand, PT. Swadesi managed a busy stand under the Meriden name, promoting Orego-Stim, Orego-Stim Aquatract and Multicide.  The 15-strong team were supported by colleagues from Meriden Animal Health – Dr Chloe Loh who is the Regional Sales Manager and Lisa Falconer, Marketing Manager. 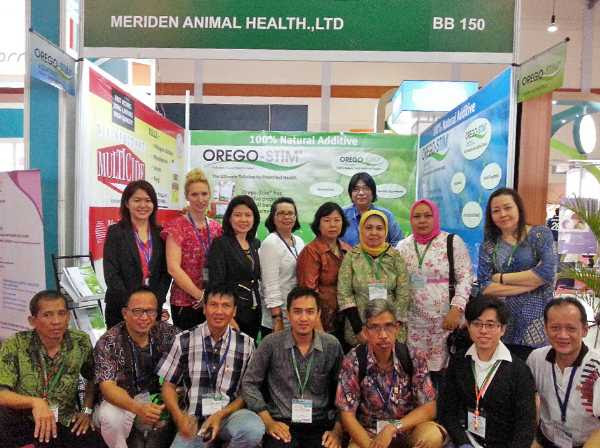 PT. Swadesi’s promotional initiatives really paid off, attracting both new and existing customers to the stand.  PT. Swadesi ran a competition where anyone who placed an order at the show was entered into a prize draw to win that order free of charge.  This resulted in a flood of orders for Orego-Stim! Three names were pulled as prize winners and these people will be contacted in due course.

Although IndoLivestock may have been quieter than recent years, PT Swadesi held many important meetings and will see a great return from attending the show.
Regional Sales Manager, Dr Chloe Loh, said ‘The IndoLivestock exhibition provides a good platform for us to meet up with our esteemed customers and we look forward to serving them better in future.’

Animal feed formulation experts and International Milling Directory member, Adifo are hosting a seminar on 17th September in Copenhagen, Denmark. This summit will have 3 practical cases as well as presentations focused on solutions. This summit is for feed millers, nutritionists, feed formulators, researchers and many more connected to the industry.

Please click on the advert below to find out more and register your attendance today or call +32 50 30 42 35 for more information. 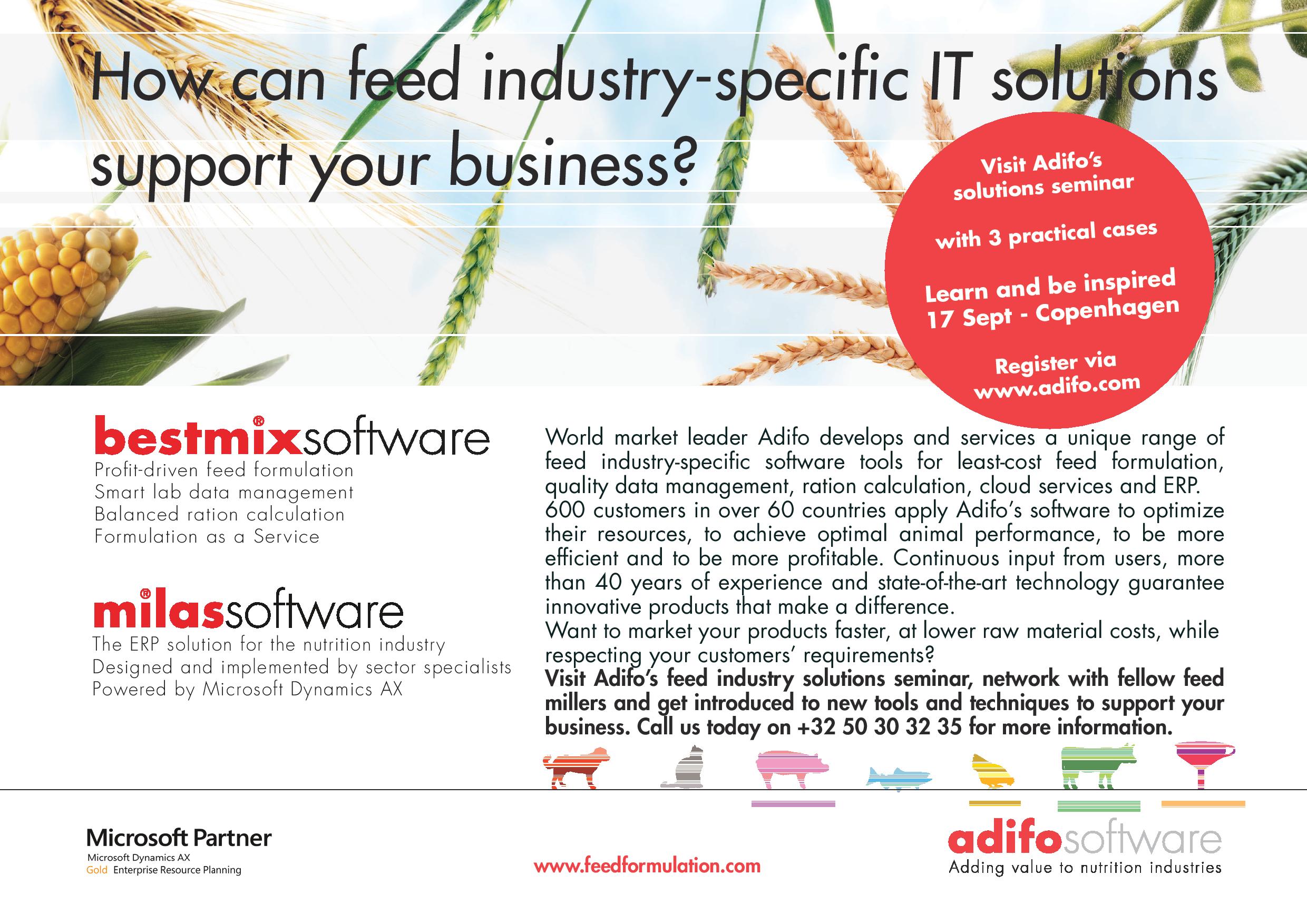 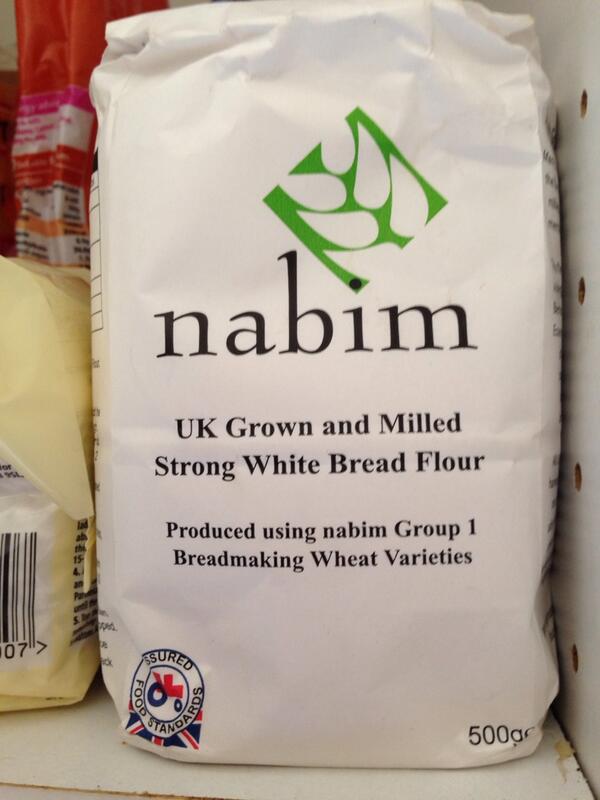 Cereals UK was ye again a great event, and some of the best-known UK companies joined together to exhibit at a new location near Cambridge, UK.

An expected total of 26,000 visitors to over 500 stands made this annual outdoors exhibition a great time for all. In the “Post-Harvest Technologies” sections there were some great displays of machinery, products and services. The International Milling Directory was distributed to many visitors and exhibitors there. Some of the stands we visited were: HGCA, nabim, Bayer CropScience, Chief Industries UK, DanCorn, Guttridge, Cropmech, Bentall Rowlands and Satake.

The new animal feed section at HGCA’ s stand was of great interest to us at the International Milling Directory. There were some great pieces of information at the animal feed section, one advertised fact that 57% of UK wheat goes to animal feed seemed to be a very high number, that was assured to be true!

nabim also were hosted again in the HGCA stand, they were handing out 500 gram bags of flour at their stand. The UK grown and milled strong white bread flour was produced using nabim Group 1 breadmaking wheat varieties and was a great freebie.

nabim, supported by HGCA, announced the three farmer finalists for the 2014 Milling Wheat Challenge at the Cereals Event on Wednesday 11th June. Now in its fifth year, the aim of the Challenge is to find the country’s best milling wheat grower.

As in previous years, the standard of the entries has remained very high and the judges had a tough job selecting the finalists.

Each of the finalists farm significant areas with wheat as their main crop. All three are forward-thinking, very technically competent and consistently grow quality crops of bread-making wheats.

The Challenge has become established as a formal recognition by Britain’s flour millers of how the country’s best growers combine attention to detail with end-customer awareness and business acumen to create a win: win for the whole wheat chain.

Judging of the three finalists will take place in June and July when visits will be made to their farms. Detailed discussions will take place with the growers themselves, their crops will be walked and inspections made of any storage facilities.

The judges for 2014 are Martin Savage from nabim, HGCA Head of Regional Development Richard Laverick and Mark Ireland, a Lincolnshire farmer and “Farmers Weekly Arable Farmer of the Year 2009”.

The finalists, together with leaders from the UK wheat supply chain, will be invited to a celebration dinner hosted by nabim at the Ritz Hotel in London where the winning grower will be announced.

Darren Parris from the team here at Perendale headed to the IAOM annual conference recently . Between 19th and 23rd May, the worldwide community of millers, grain and feed professionals, manufacturers and service providers met in Omaha, Nebraska, USA for some truly great events, products and conferences. The International Milling Directory was there in force and three pictures highlight the role that hundreds of copies of the directory were distributed at the event.

We always enjoy the direct contact and place in the centre of the milling world, and look forward to next year’s event with the latest edition. If you wish to register or update your company in the directory, just head to www.internationalmilling.com and start your membership in our great international resource. 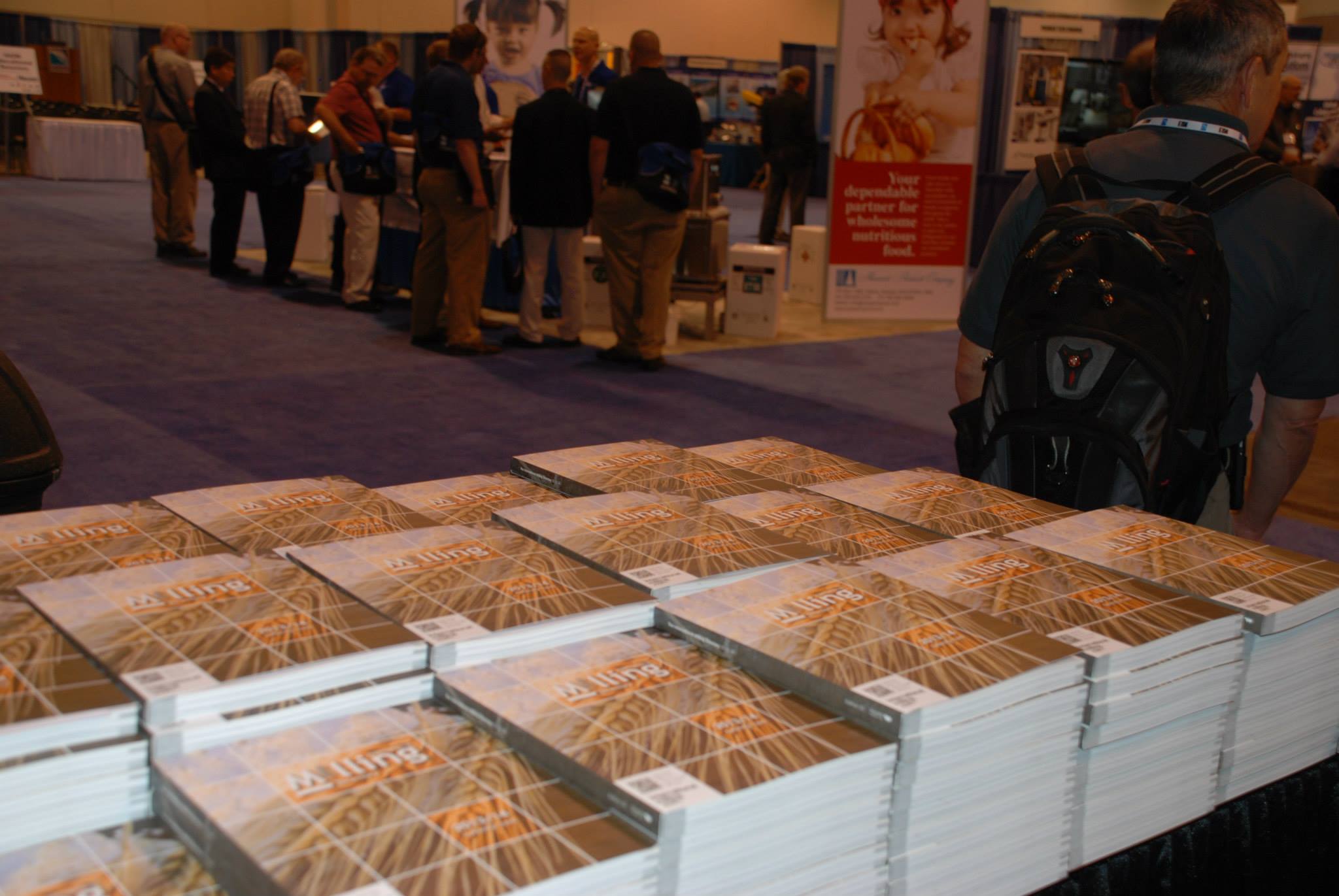 A table full of hundreds of International Milling Directories 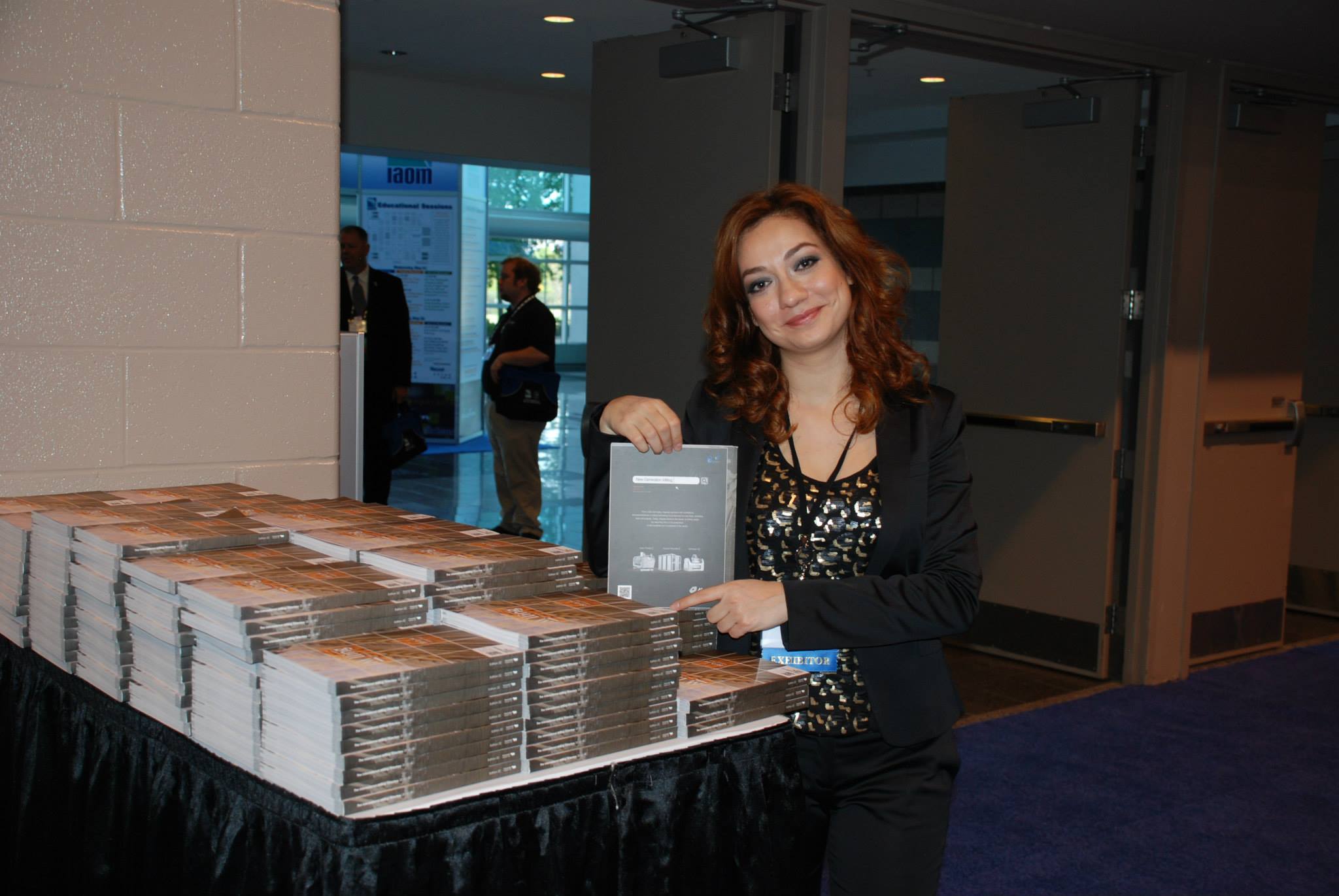 Melike Arikan, Area Sales Manager, from Alapala with the Alapala advert on the back cover of an International Milling Directory 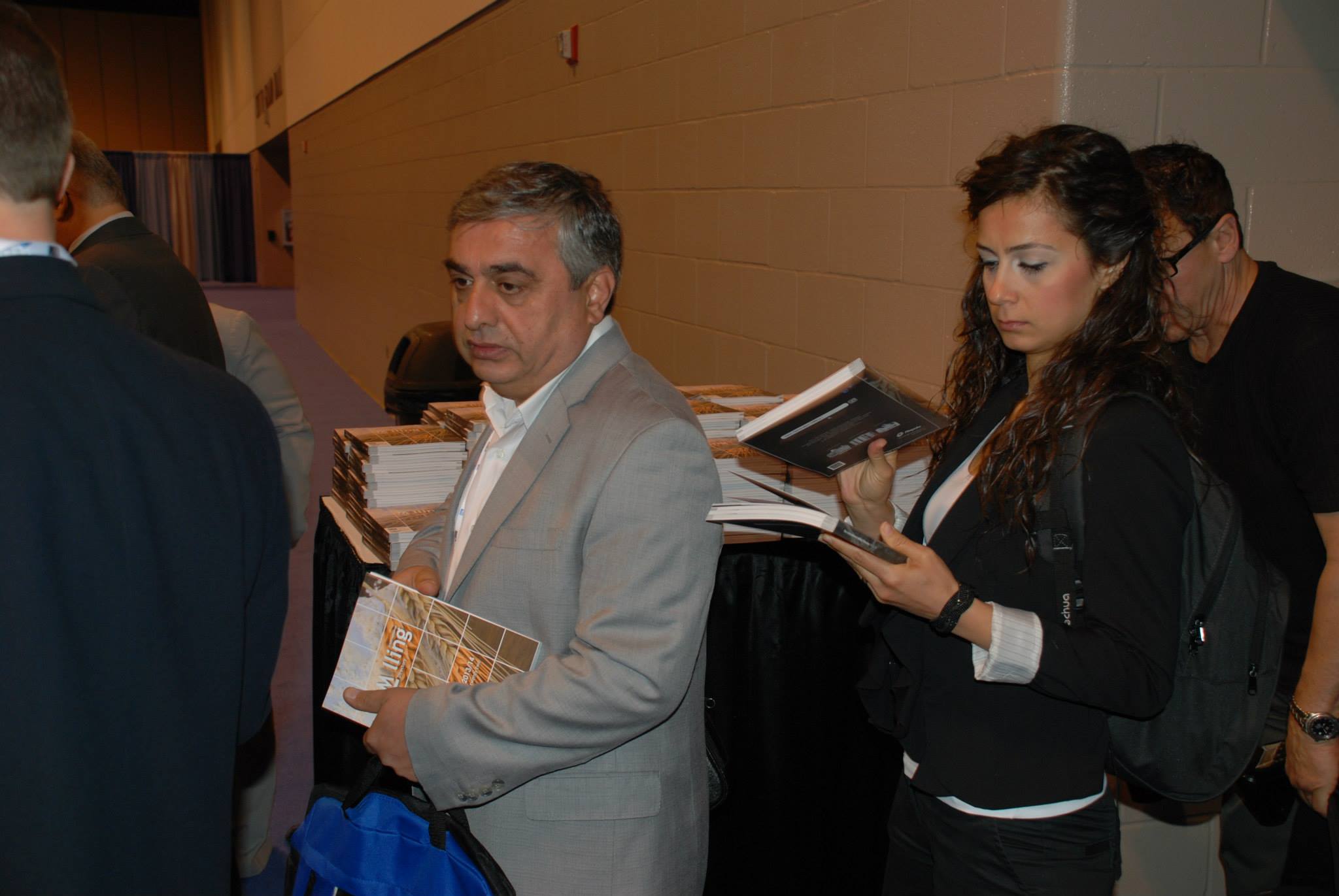 Exhibition attendees take a copy of the International Milling Directory each as they enter the hall.