I am just back from a wonderful week in Rennes attending the Space 2018 conference. It was a whirlwind week visiting many great companies and enjoying the hospitality of the Space team at Rennes.

Firstly let me say how well organised the whole show was. The facilities for journalists were second to none and a centrally placed press facility made visiting the stalls much easier. There were regular updates from the media team and – this being France – a sumptuous four course lunch every day. I didn’t have got but you could have had wine and that other Brittany favourite – Cidre. 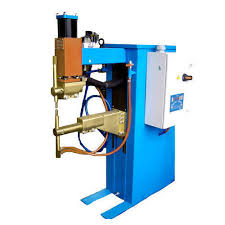 The very first day I spent in Rennes was attending a one day short course on Aquafeed extrusion. The course had been organised by Perendale Publishers and sponsored by firms including CPM, Kevin, Andritz, Clextral, Perten, Dinnissen and Corporate Project Services.

We had some highly regarded speakers at the conference in eluding Dr Mian Riaz from Texas – he is one of the world’s leading authorities in extrusion and Tim Hartter of Corporate Project Services (a division of Wenger). We also heard from Arthur vom Home of CPM Europe, Nicola Tallarico of Kemin Europe, Thomas Ellegaard Mohr of Andritz Feed and Biofuel. Alain Brisset of Clextral and Per Liden of Perten Instruments also contributed.

It was a fascinating day and one which the delegates took a lot from. There was a Nigerian fish farmer who spoke about farm fishing Tilapia and Catfish. He spoke of the dangers he has to face being a fish farmer. You don’t expect a fish farmer to lose all his stock in one go as bandits steal all his fish. It is good to know my company Perendale supports a charity called Aquaculture Without Frontiers which helps fish farmers around the world.

Away from the extrusion conference I was impressed with the kit on display from companies such as Mrillion, Tout Pour Le Grain and an old family firm from Italy called La Meccanica who produced some spectacularly stylish machines for milling and animal feed production.

Some of the big names in  milling were also there – Buhler and Andritz – as well as die manufacturer Ferotec and animal feed manufacturers Mixscience. Biomin and Phileo as well as Aliphos and ABVista were all at Space – a great place to do business in Europe.  The irrepressible Mattieu Boulez of L’Allemand and Phosfeed were all represented.

The swanky Innov Space 2018 awards evening was a highlight with innovations from across the agricultural sector being celebrated.

Space’s exhibition manager Anne Marie Quemener was always on hand to provide expert analysis of the show and to make sure everything was running smoothly.

I really enjoyed Space and cannot wait until next year.